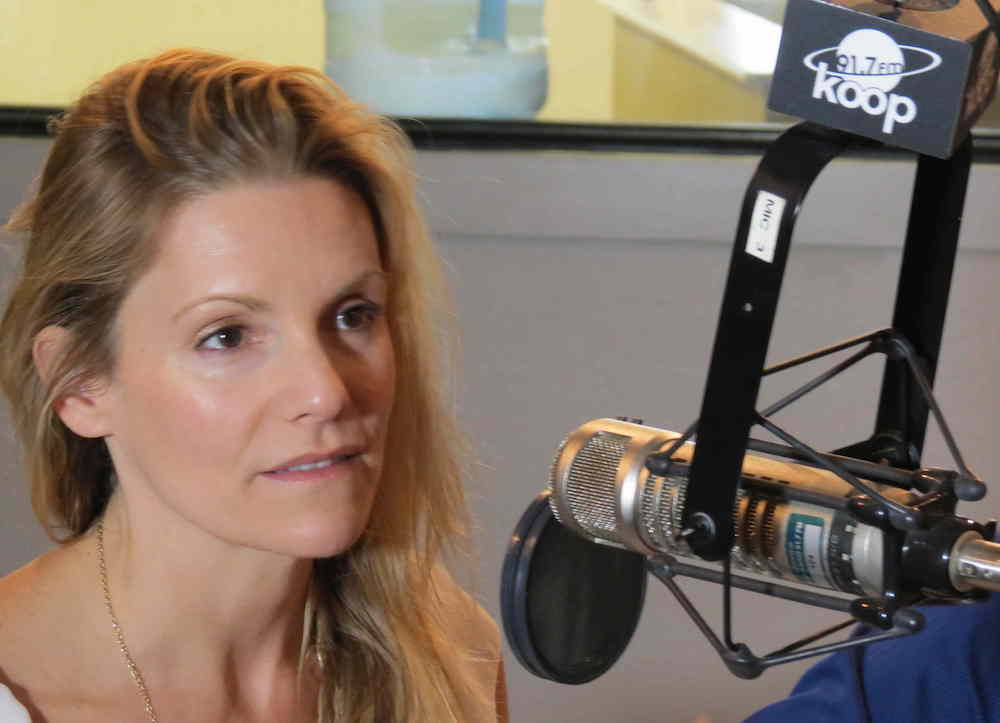 Thorne Dreyer's guest is acclaimed jazz singer and songwriter Sarah Sharp who joins us in conversation and live performance, accompanied by virtuoso guitarist Mitch Watkins. Sarah currently holds down the fort on Tuesdays at Austin's premier jazz venue, the Elephant Room. Sharp has topped the Austin Music Awards as Best Female Vocalist, Best Producer, Best Songwriter, and for Album of the Year, Song of the Year, Band of the Year, and Best Jazz Band. Sarah has been featured on NPR's "Song Travels with Michael Feinstein" where Feinstein praised the timeless quality of her originals, suggesting they were destined to become standards. She performed as the lead singer for the Jitterbug Vipers from 2012-2015, staying with that band until their noted jazz guitarist, Slim Richey, passed away. Sarah Sharp, who previously joined us on Rag Radio in July 2016, will perform in Austin -- along with Bruce Melton's Climate Change Band -- at Thorne Dreyer's 74th Birthday Bash next Thursday, August 1, from 6-9:30 p.m., at The High Road on Dawson. It's a benefit for the New Journalism Project. Sarah will also perform, along with Marcia Ball and others, at a fundraiser for the Faith Food Pantry on Sunday, July 28, from noon to 4 p.m., at Opal Divine's Austin Grill. In addition to her Tuesday gigs at the Elephant Room, she will also appear August 3 at Square Rut Kava Bar and on August 8 at the One-2-One Bar. Learn more, including upcoming show dates, at sarahsharp.com.
Photo above: Sarah Sharp on Rag Radio in Austin, July 26, 2019. Photo by Roger Baker / Rag Radio.
Rag Radio is produced in the studios of KOOP 91.7-FM, an all-volunteer, cooperatively-run, solar powered community radio station in Austin, Texas, in association with The Rag Blog and the New Journalism Project, a Texas 501(c)(3) nonprofit. It is streamed live on the Internet at KOOP.org and Radio Free America. The host and producer of Rag Radio, Thorne Dreyer, is a prominent Austin-based activist and writer who was a pioneer of the ’60s underground press movement. The show’s engineer and co-producer is Tracey Schulz and the staff photographer is Roger Baker; Suzy Shelor is Rag Radio associate; Alice Embree is guest host; Glenn Smith and Roy Casagranda are our political analysts, and Evan Hearn is the Rag Radio apprentice. The syndicated show is broadcast (and streamed) live Fridays, 2-3 p.m. Central) on KOOP, and is later rebroadcast and streamed on WFTE-FM in Mt. Cobb and Scranton, PA., on Houston Pacifica's KPFT HD-3 90.1, by KKRN, 88.5-FM in Round Mountain,  CA, and at WALHRadio.com in Wilmington, OH -- and as a featured podcast at Veterans Today. Learn more about Rag Radio here.
Running time: 55:42
Contact:  ragradio@koop.org.